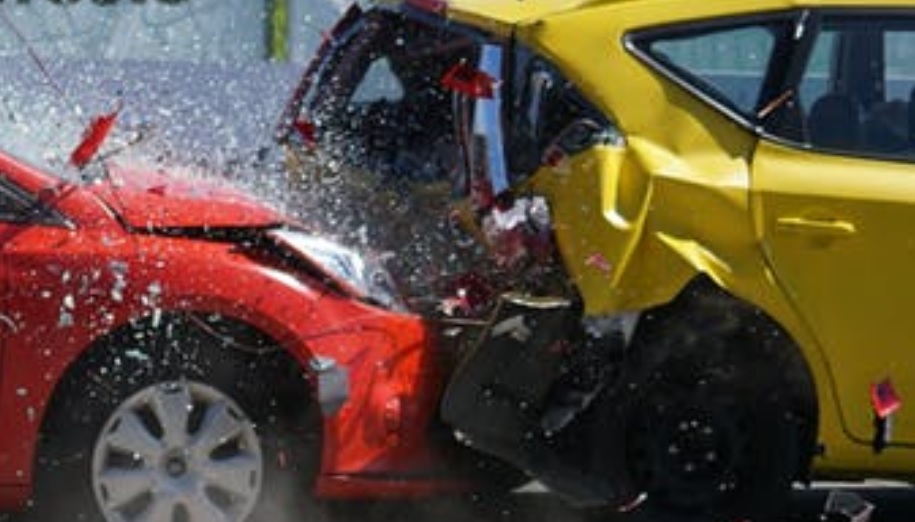 Is this really happening?, you ask yourself once you pull yourself together and realize that you’ve gotten into an accident.

Being prepared for what to do, however, can help you lessen the impact, so to speak, on your life after the crash.

1) Stay as close as you can, safely, to the scene of the crash

This is very important because if you leave the scene of the accident, you can technically be charged for doing a “hit and run”, something with surprisingly heavy fines and in some cases even jail time attached to it.

2) Turn on your hazard lights

The next thing you need to think about is activating your hazard lights in order to draw attention to the accident. This alerts other drivers and lets them know they need to slow down or drive more cautiously. The last thing you want is for your accident to snowball into another or even multiple accidents. If you keep a flare in your car, it is not a bad idea to use it to make sure the crash gets noticed.

If you are still in shock or just confused about what you should be doing, you might end up standing absent-mindedly somewhere you should not stand, like in the middle of the street where other drivers – many of whom are absent-minded even without getting into an accident – will not be expecting pedestrians to be standing.

Leave this job up to the police. It might seem like a good idea to take charge, but if you make a mistake you could end up causing another accident, so it’s better to just light up your hazard lights and your flare and wait for the police to arrive. Keep in mind also that it is illegal for you to take on the role of traffic conductor.

The next best thing to do is to call the police for help. You may be confused about how to deal with the situation if this is your first car accident, but for the police car accidents are routine and they won’t be fazed or uncertain about what to do. Moreover the accident report they will write up for you will be important when it comes time to make an insurance claim.

6) Exchange details with the other driver

While you are waiting for the police to get there, the best thing you can do is exchange personal and insurance details with the other party or parties involved. This won’t necessarily mean that you will end up filing a claim, it just means that if you do you will have all the information you need.

Wait until you calm down and regain your wits before you blab an inaccurate version of things which may end up hurting you legally or insurance-wise. Often your initial impression of what happened is not accurate because of the stress and or shock associated with the experience. Most of all never admit being at fault on the scene no matter what: leave this issue up to the police, your lawyer, and the insurance company or companies involved so that it can be decided with a level head.

Another great thing to do while waiting for the police to get there is take as many photos from as many different angles as possible. Again because of the stress or shock a person’s own testimony of a crash can be very unreliable, and photos will help lawyers and insurance companies to determine what happened much more clearly than your experience of the event will.

9) Note the time of day and the weather

The date, time, and the weather are very relevant factors for determining the reasons for an accident, as well as which party or parties was or were at fault. And if you are particularly confused following the crash, these simple facts might serve as good fist thing to focus on to bring yourself back to reality and get your head together.

In addition to the evidence that photos can provide, drawing a bird’s-eye view of the accident will also help the insurance company or your lawyer to put everything together. Make sure to include the street names, stop signs, traffic lights, and not the direction each vehicle was travelling prior to the crash. This can also serve to jog your own memory of the crash later on if asked to account for it at a later date either by your insurer or in court.

Even if you feel fine, don’t say so. Some injuries will sneak up on you later on even if they are not felt right away or in the heat of the moment, so you don’t want to commit to something like this when it is too soon to be sure.

Even if you seem to be completely fine you should get checked by paramedics anyway if you have the opportunity. Again some symptoms won’t be felt immediately so it is better not to take any chances, especially if paramedics have already arrived on the scene. If they recommend a visit to the emergency room, then by all means do not ignore them.

13) Be wary of concerned citizens

Although it may seem cynical, it is better to be careful in case the person who approaches you is a professional accident stalker. These people show up at the scenes of accidents to try to promote the services of a particular doctor or attorney (and they have ways of roping you into things quite subtly and unawares. It is illegal to stalk accidents like this, but it is very common nonetheless.

Even if you don’t think you’ll be filing a claim, getting in touch with your insurer is still a good idea in order to confirm your coverage. And if the other driver is willing to speak with them, especially if they are willing to admit fault, this can be of benefit to you as well.

15) Don’t talk to the other driver’s insurer

You have the right to refuse this, and it is better to avoid the possibility that you say something incriminating, since anything you tell them can be used against you during the process of the claim (and in their own interest this will be exactly what they will be looking for). Leave it up to your lawyer to deal with the other person’s insurer later on.